Very tasty  local bar well worth checking out. We paid a visit one night when we couldn’t be bothered cooking, and were not disappointed at all. prices are reasonable, and the atmosphere is great!

The staff were chatty, wonderful people too, and its a beautifully refurbished bar (opened in 2013 by Chris Sergent), with multiple levels, cozy gas log fires, and a beer garden, as well as craft beers and an attachment to a house brewery next door- the athletic club brewery co.

Anyway enough commercial property market trivia!; down to the food- The $20 bar snack plate was delicious! 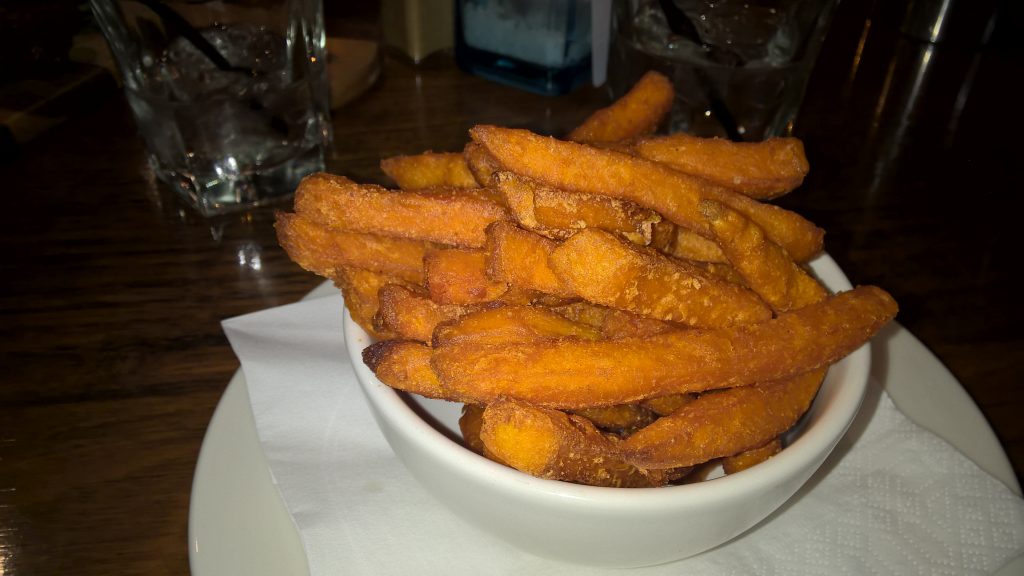 We also ordered a bowl of sweet potato fries for a measly $5 which were a fantastic addition to round off the meal to be a very satisfying light dinner for two!

They were all excellent, but next time we might replace the sausage rolls with another helping of the amazingly tasty ribs, or the Salt and Szechuan Pepper Pork Belly with kaffir lime caramel; which was highly reccommended by some other other punters at the bar we spoke to before makign our selection. (yes, we harassed another friendly looking couple who had already ordered, who sang nothing but praise) 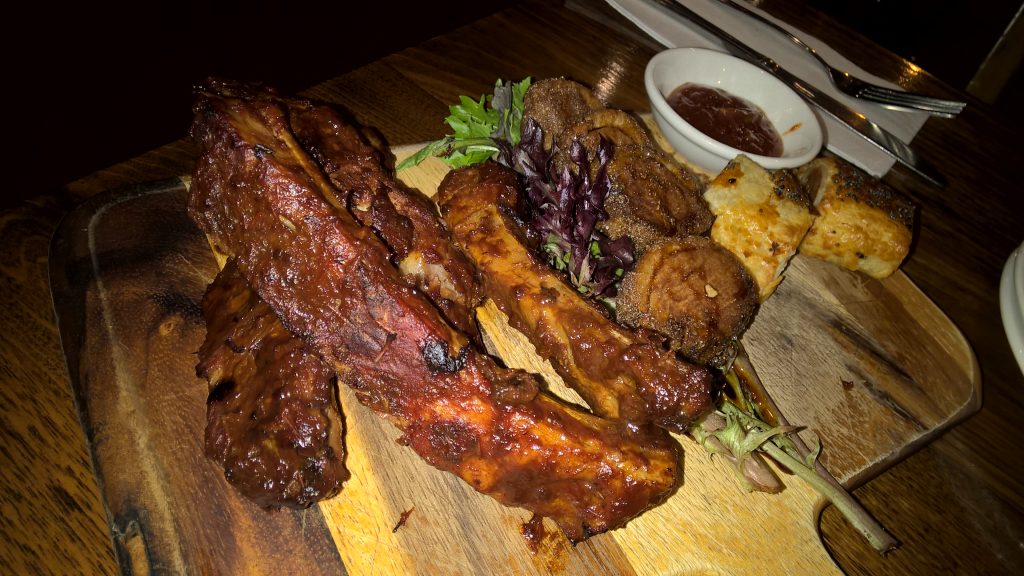 Browsing their website, they also have a membership benefits system, with every 6th meal free! 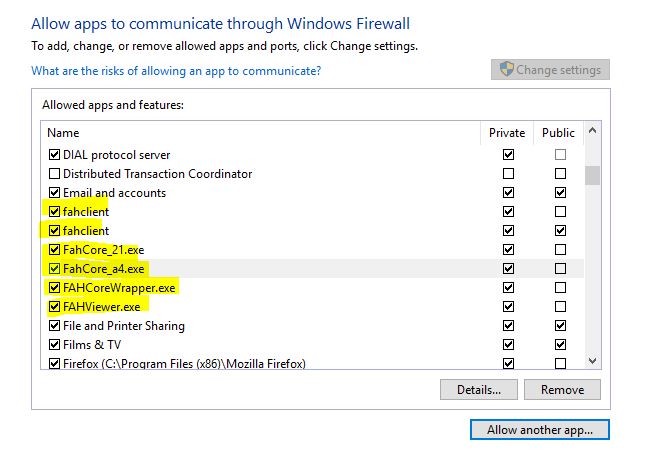 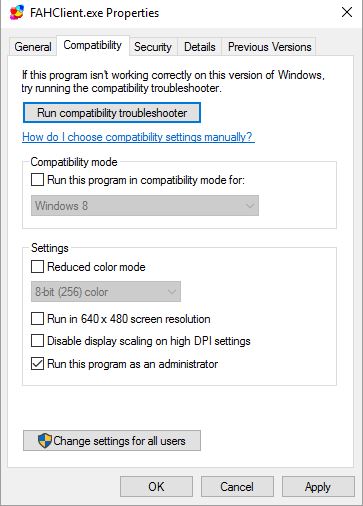 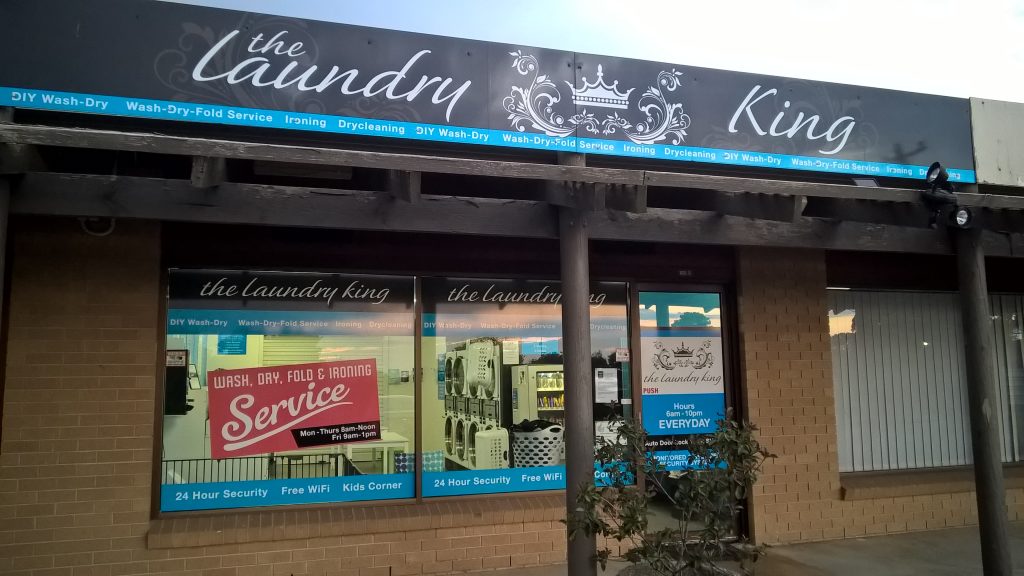 uring a period when I had no working clothes washing appliance, and was pondering and researching which one to buy next, I discovered a surprisingly clean and convenient place to wash and dry your clothes just up the road, at 100 Simpson street, ballarat, victoria, 3350 just on the corner of walker street “The Laundry King”

This little cottage business has sprung up quite recently, and the facilities are sparkling new, clean and reliable.

They also offer FREE wifi internet access that is UNLIMITED so you can watch a movie on your phone or laptop while your clothes wash or dry.

The machines are all coin operated, so you just need to bring a handful of $1 coins with you as some dirty rotten bogan stole the change machine recently… (the golf house hotel pokie machine room down the road is a good source of gold though if you need notes changed.)

The location is a bit odd- a strange little orphaned line of disparate, unrelated shops exists on a lonely corner, seemingly in the middle of suburban nowhere.

Laundry king shares its complex with a “business broker” that never seems to be open, and a little hairdresser. 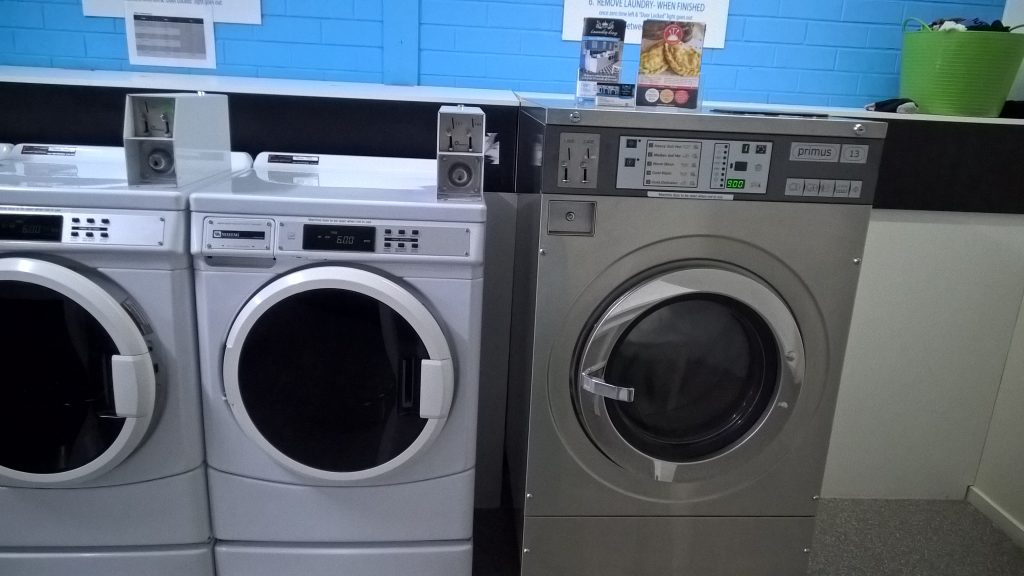 The washing machines are brand spanking new, and seem to be cleaned down and disinfected by one of the rather lovely co-owners a couple times a day with very powerful, but environmentally friendly products. (I know this from the smell, and the distinct lack of a sky high feeling and brain damage when I have been in the building when the cleaning is done.

A wash costs between $4 and $8, Depending on the size of the machine selected.

The HUGE one to the right is the blanket/doona capable jumbo washer, and the cycles on all machines seem to take a very speedy half hour to complete.

A big line of very fast gas dryers occupies the other side, and a surprisingly large number of people come in during winter to use them- they are quite cost effective, as a few dollars will dry quite a swag of clothes, which would cost a kings ransom in electricity at home to do, not to mention the fire risk. 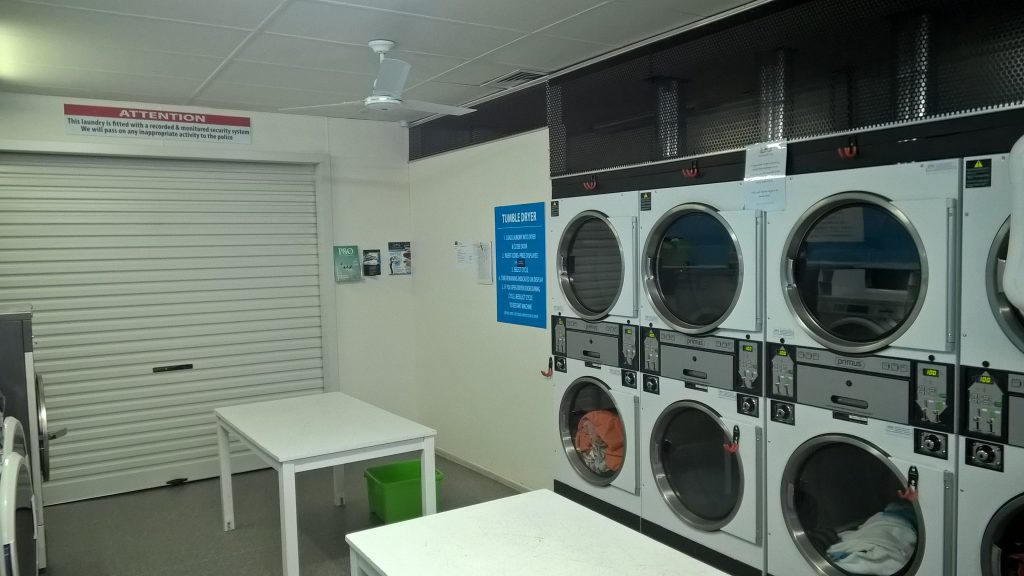 Recorded CCTV from every corner of the building, plus outside, also discourages clothes thefts, and creeps from stealing underwear for very unsavoury purposes that might make you shudder. 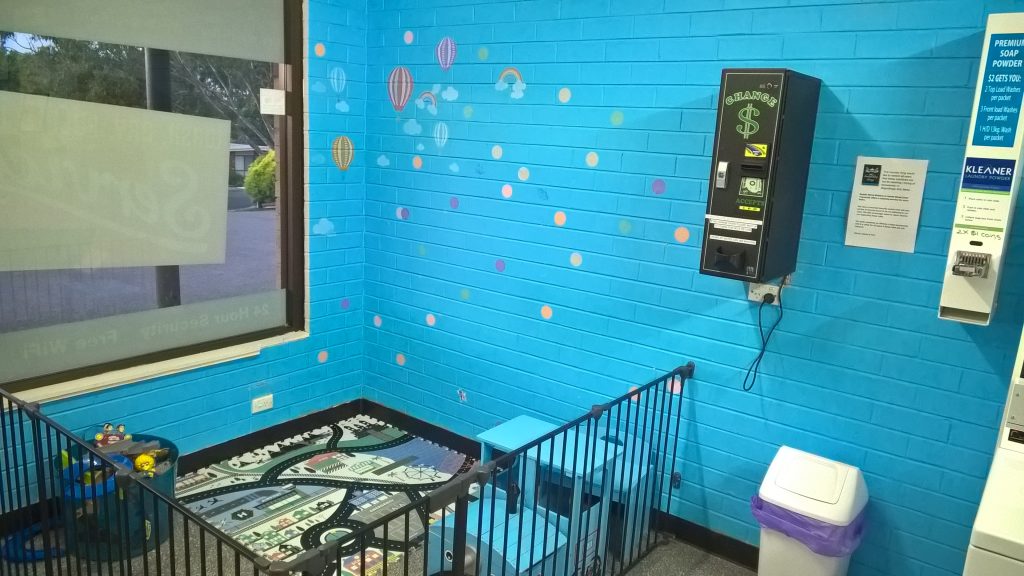 Family friendly, they have even set up a play pen with a few toys for bored kids, plus FREE wifi for the BIG kids to play on.

The name “Laundry King” seemed at first to have no relation to the owners at all.. but looking more closely, and seeing relationships with Blueprint consulting group, and Yardparty, both of which are run by Kieren King- I wonder if he is one of the owners, and the gorgeous red-headed lady who cleans the machines is his wife… The website is registered in his name after all, along with his sole trader ABN 86476836930