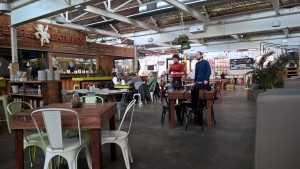 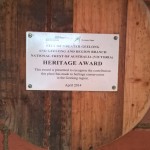 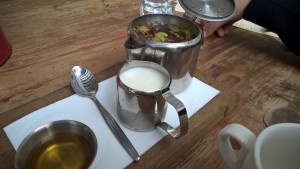 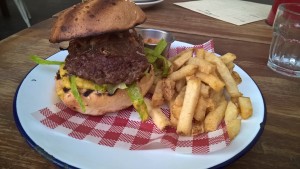 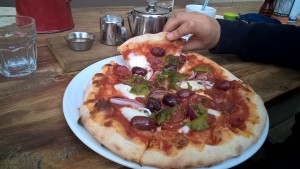 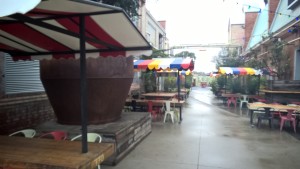 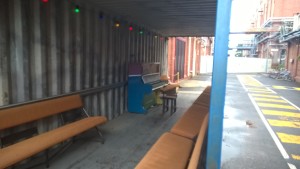 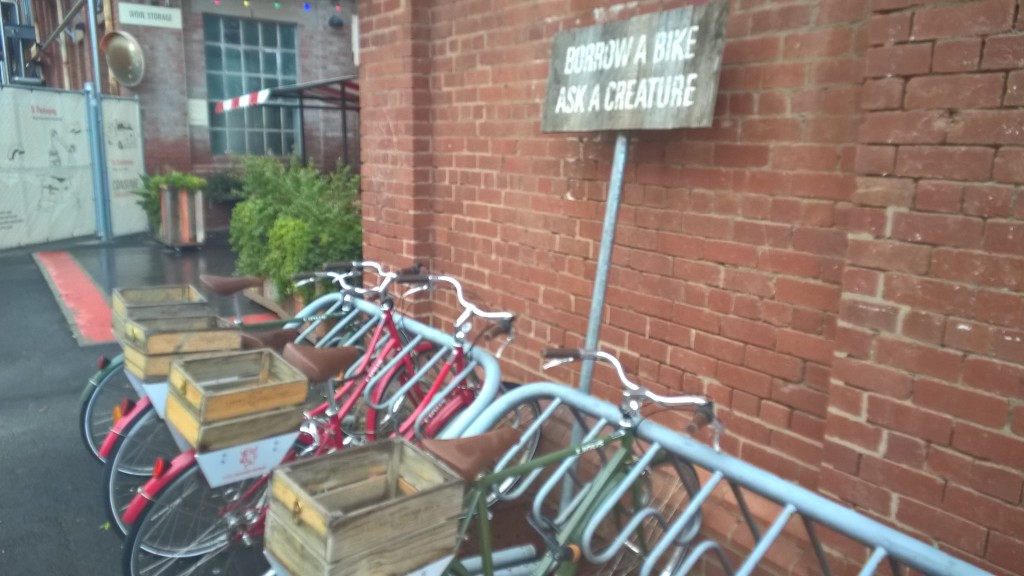 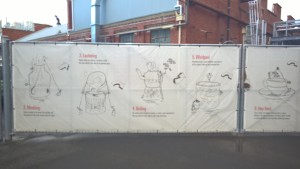 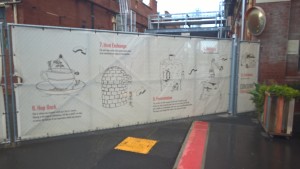 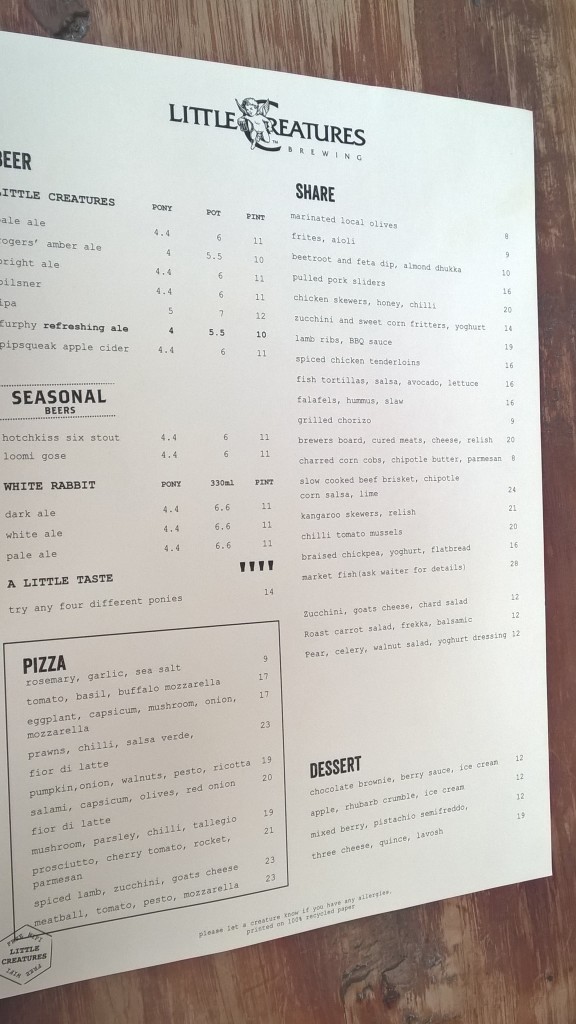 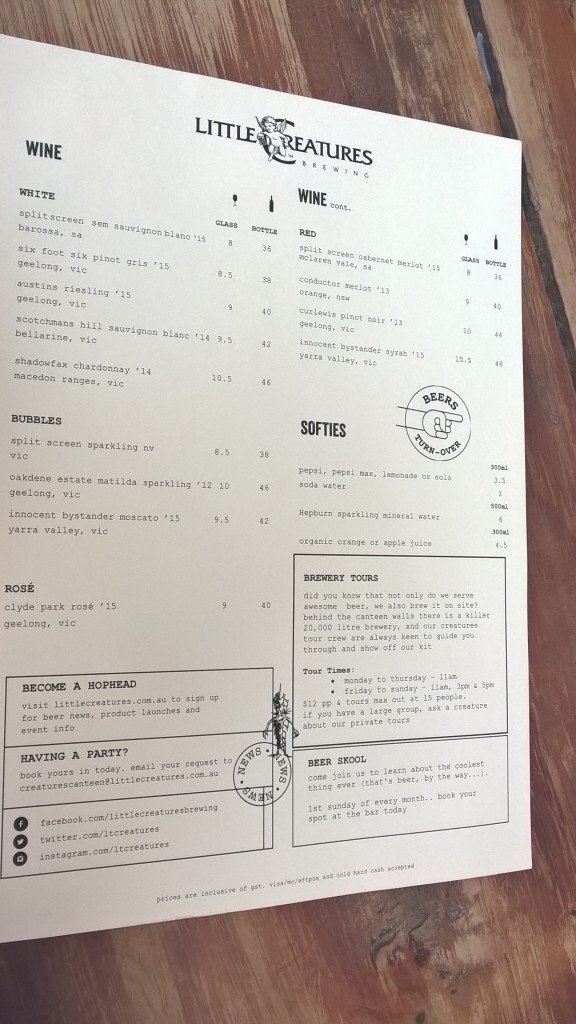 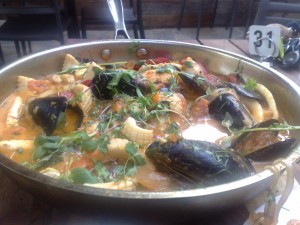 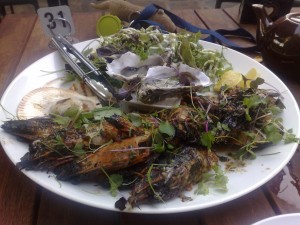 While exploring the unknown environs of the suburbs this weekend the trusty squeaky bike, old rusty, I stumbled across this little gem, “Pop up Wine Shop” 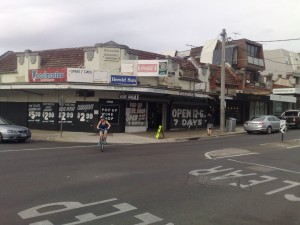 Apparently its been operating since June this year, but it was in Moonee ponds back then. This incarnation opened up on last week on the 12th.

Totally unplanned, at the end of my urban adventure, and coming to the point of thoroughly having enough of being in a foreign and unfamiliar neighbourhood, I tacked my way in the direction of where I thought there may be some description of a train station that could take me home with the minimum of effort.

Cruising down a quiet street, lined with geriatric old men watering their wizened lemon trees of an evening, who acknowledged the progress of my squeaking, clanking conveyance with cursory owlish glances, I spied in the distance what looked like a neighbourhood high 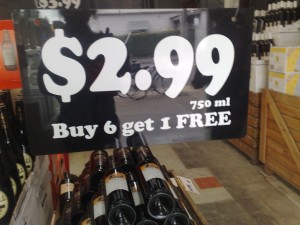 street in the distance.

I pedaled enthusiastically toward it, eager for some provisions, or coffee, or grease… whatever was on offer really. Then I noticed the impossibly huge hill looming above me, blocking my way.  To the left, on the corner, was slightly dilapidated corner shop.. but it was the billboard that caught my eye. $2.99 wines.

YES. cheap wine, impossibly cheap wine. most under ten dollars according to the plain, but clear billboards that encircled the shop.

I parked the bike, and decided to go take a look, just for the hell of it- I had no intention of buying anything that day, right? I don’t even really drink particularly often- I’m just not much of a fan of alcohol in general unless its to complement a nice meal, or as part of a journey of discovering new and unusual beverages. (ok, maybe i do like good wine and beer, just a bit :p) 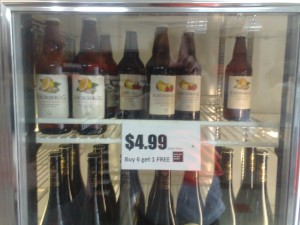 Wandering around, i was surprised to find that there was indeed copious quantities of ultra cheap discounted wine in stock.

In fact, the wine was even cheaper than the billboards crowed, because of the bulk discounts offered like buy six, get one free etc. Some Asian beer was also looking lonely in the fridge, at only $15 for a six pack, or $2.50 for one. Tempting, especially at the end of a long, hot day.

In the fridges were more finds- Rekorderlig Swedish cider varieties on special for $5, with buy 6, get one free! bargain! The sweet, fruity ciders aren’t exactly my favourite, but I knew one particular person who would enjoy those though. There were a couple other brands of apple and pear cider that I didn’t recognise.

An inkling of an elusive easy and cheap Christmas gift idea solution began to form in my  mind.

I absently extracted a couple cold ciders from the fridge, of uusual flavours i had not seen before. 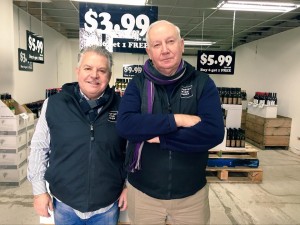 he proprietor at the counter was a chatty and friendly old bloke, with a quick smile, and a persuasive manner. Despite riding, I found myself being led to the counter, to try out his wares, in copious sized tastes. Generous quantities, that’s the kind of wine tasting that’s the best!

Chatting to him idly, i got a bit of the story behind the shop- he was a wine wholesaler, and the retail shopfront was a bit of an experiment, and a way to move some extra product over the Christmas period. he mentioned that he was going to have a about 20 pallets come in this week, all of chardonays and whites he planned to sell for a crazy $2 each!

Admittedly, I know nothing about wine, but the 2008 Cabernet sauvignon, and the Chardonnay white I tried out seemed not half bad. Especially for effectively a bit of loose change. 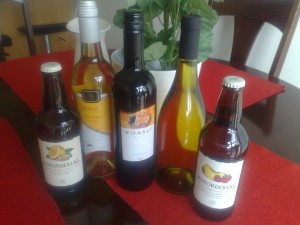 ome tastings, and spying some unusual different Rekorderlig cider on special for a measly $5, I took home a haul of 5 bottles-

The whole lot cost be a princely $20.  A Christmas shopping trip well done!