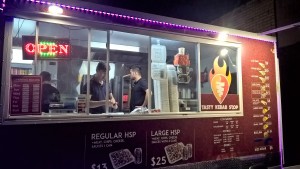 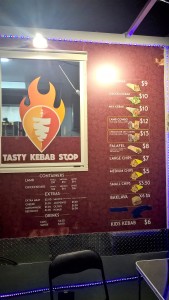 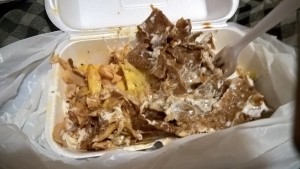 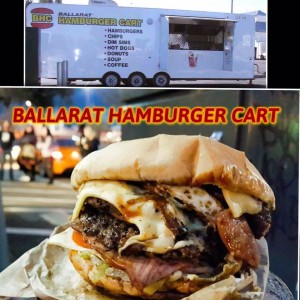 Ballarat Hamburger Cart, or BHC is a huge food cart that materialises after dark every night in the Coles and Woolworths carpark on peel and little bridge street street in Ballarat central.

The monolothic sized caravan is towed in by a truck each evening, and is a bit of a Ballarat fast food institution, which stays open late at night to cater for the drunks and revellers as they spill out of the bars in the CBD. 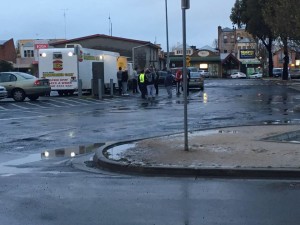 Till the curry van opened up in town recently, and a few other enterprising cafes began doing late night food, this was one of the few places you could get a late night feed, apart from the other institution, the gravy spot on lydiard street

As its shutters open, all manner of Ballarattians that are die hard fans of the greasy treats the cart serves up crowd around and form a long line eagerly, spilling into the carpark, almost oblivious of the possible danger of being run over by the erratically accelerating youths in beaten up commodores and tired looking Japanese performance vehicles that congregate in the area.

On the menu are, as one would guess, Burgers, chips.. and a variety of iced donuts of all things. 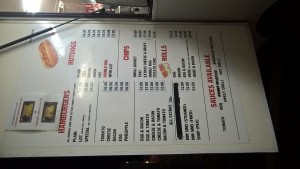 Many a time I have passed this place while on my weekly supermarket trip, and had the misfortune of crossing downwind through the stomach churning, greasy fumes belching out of the rangehood extractors of the van, and utterly dismissed it as somewhere I would never go.

I mentioned the foul smell of the van to a work colleague one evening, and she looked at me with horror, like i had just insulted a national icon. for a moment, I thought I was about to be called the feared “UnAustralian”! 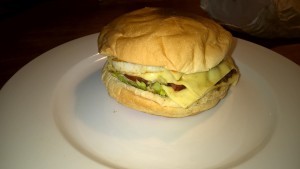 She described the burgers as “The best in Ballarat” and that they were “beautiful burgers” that had to be tried since I was a local now.

I looked at her quizzically, and asked her if this was a similar workplace induction story to asking the new apprentice to go buy a left handed screwdriver, except for me, it was food poisoning that I was fearing.

She went on to recommend the “Tradie Burger”, as it was probably substantial enough for a man of my size.
The next night, after knocking off work late, I certainly was starving, and I couldn’t be bothered cooking- so i moseyed across to the burger caravan for a closer look at that they had to offer.

Up close, the van seemed clean, tidy, professional and the serving staff were friendly and helpful.

I ordered the famously raved about tradie burger, and though it didn’t really look like much, it definitely was 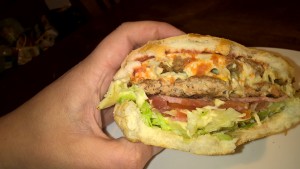 pretty decent. Best way to describe a BHC burger is that its very much an ‘Honest’ burger. it has exactly what is promised in it- meat, cheese, all the good stuff, very much UNLIKE mcdonalds, hungry jacks or any of those other horifficly tasteless offerings put out by chain stores. (maybe with the exception of the pricey Grill’d)

The only criticism is that there doesn’t seem to be any really uniquely tasty signature sauce in the burger that comes standard, which would make it really, really special.

The prices are quite reasonable and what you get is quality.

A lot of people seem to be ordering the lemon donuts- there is probably good reason for this, and on my next visit, ill be nabbing a sack of them to take home and gobble by the TV

They even do specials occasionally on their facebook page which are pretty excellent deals by the look of it.  .